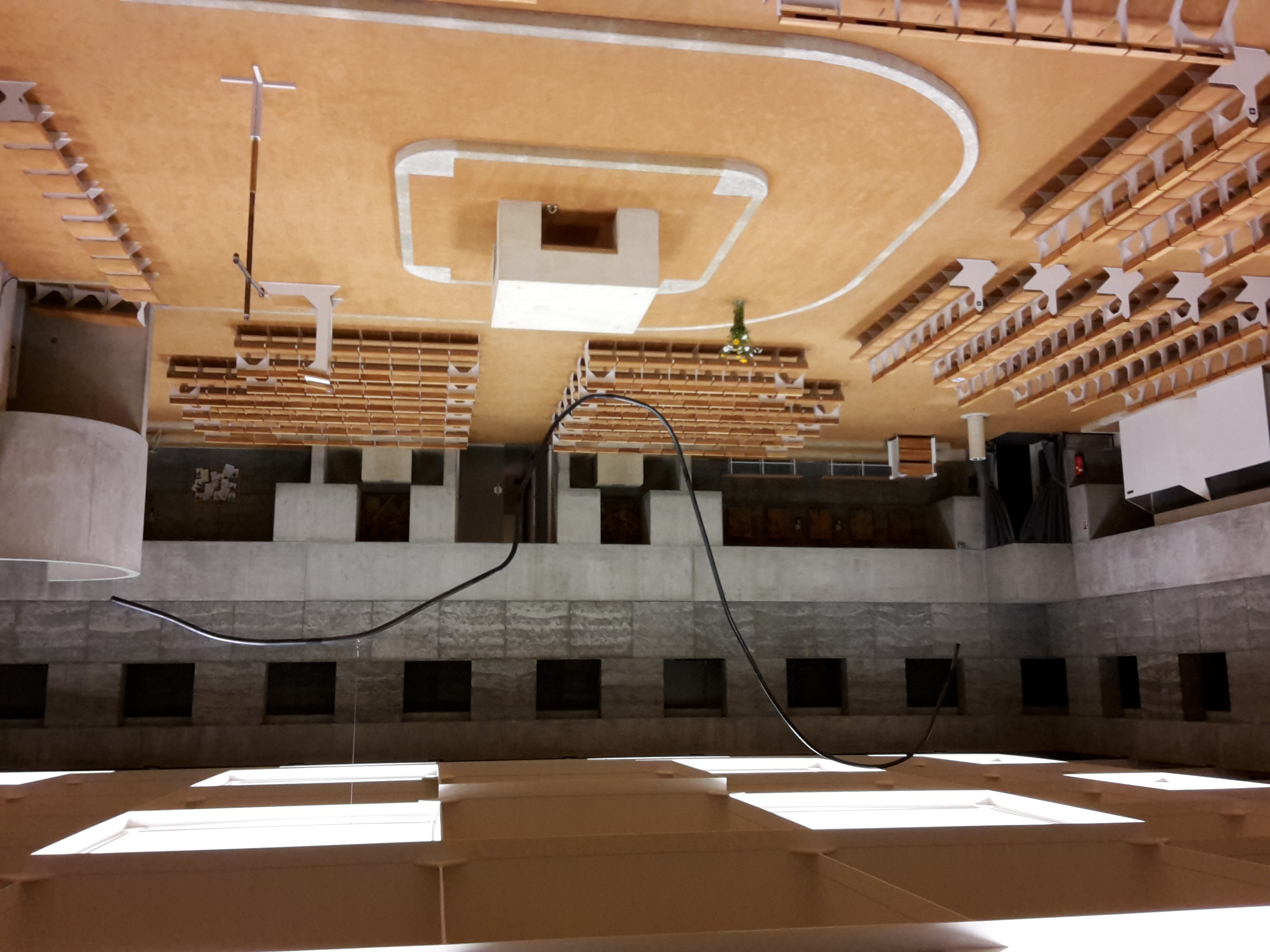 The Council Memorial Church in Lainz-Speising is a Roman Catholic Church, which was built from 1966 to 1968 according to designs by Josef Lackner. Before that, there was a relatively simple neo-Romanesque church, which was built in 1885/86 according to plans by J. Mick. It was a religious and collegiate church of the Jesuits and was demolished in 1965 for the new church. It was a Holy Trinity Church, and the parish kept this patronage. 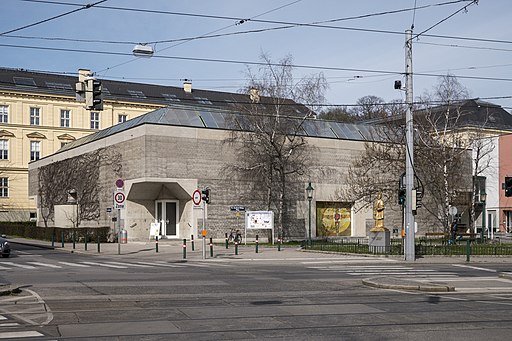 At first glance, the massive structure looks shockingly modest. An unsightly concrete building from the outside, inside a large square hall, two-storey the wall with deep niches and a circumferential corridor behind window openings that look as if they were cut into the concrete. Exposed concrete and a flat steel 'coffered ceiling' determine the impression, in addition a honey-yellow carpet, pear-wood backrests on the benches made of white-painted sheet steel. The confessionals are minimalist steel sculptures, also painted white. The room is designed without images and looks strangely unfinished. No window frames, the concrete surfaces unplastered, no jewelry. Nothing is pretended here, here the material rules in its immediacy. A table-like mighty stone as an altar in the centre of the room, with benches around it on three sides, on the fourth side an organ gallery, that looks like a giant sculpture placed in the room.

This room, completed before the missal was renewed after the Second Vatican Council, conveys two essential experiences. For one, it is the experience of loss. The entire abundance of ancient art, images and worlds that depicted what one hoped for, longed for and expected, has been lost. Instead, there subsist empty walls, gray concrete and white surfaces. On the other hand, the room conveys an experience of unexpected and astonishing victory. Guided by a commemorating community, life finds its way into someone. The empty space is to be filled by singing, praying, congregation and common celebration. Whether child or adult, everyone is involved.

We are no longer mute spectators, but fellow players. We have entered the stage.  Yes, the whole room is the stage and everyone is involved in one big play. We are gathered around a centre and aligned with it, with said centre becoming present to you in the forms of bread and wine. In other words, within our own community and the priest. Everything moves along the same plane. There is no hierarchical gradation. Through this, something new arises during celebration, seemingly neglected before. What was previously shown to the viewer in the distant 'theatrum' of the presbyterium, as a depiction of distant imagery, they now take part in themselves. The spectators of the past have taken over the stage and are now playing out what they used to merely look at. Of course, this doesn't always work out well, leaving a lot more to be desired. However, this is the awakening of a new form of independence and personal responsibility. Everyone is part of the play. 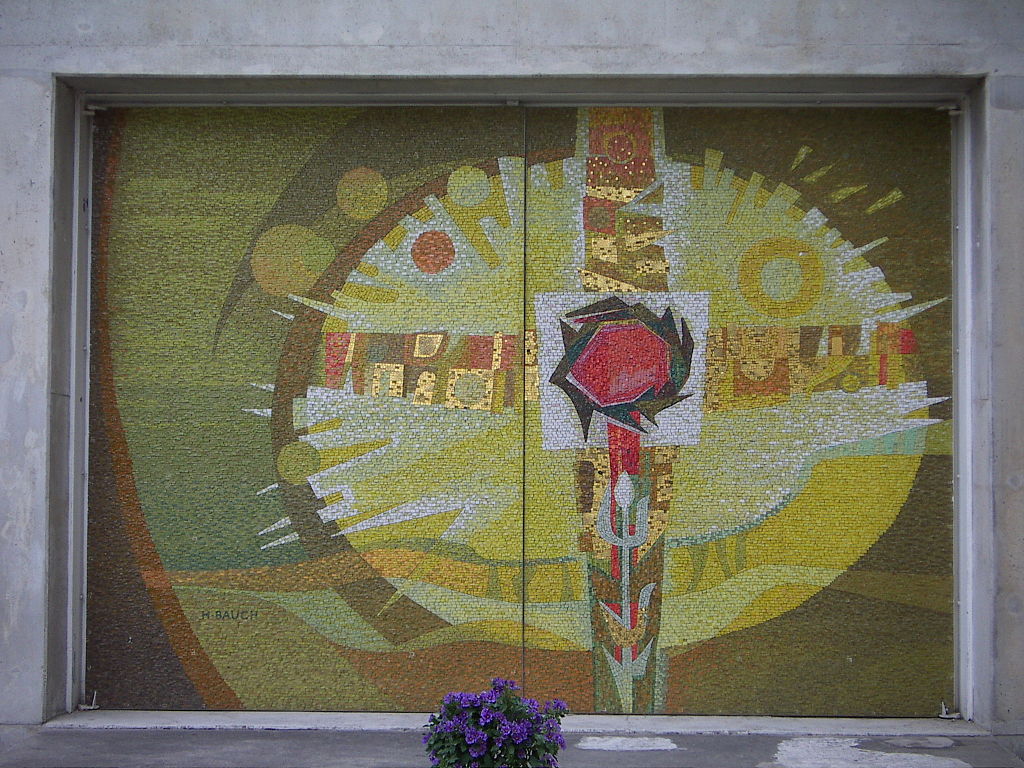