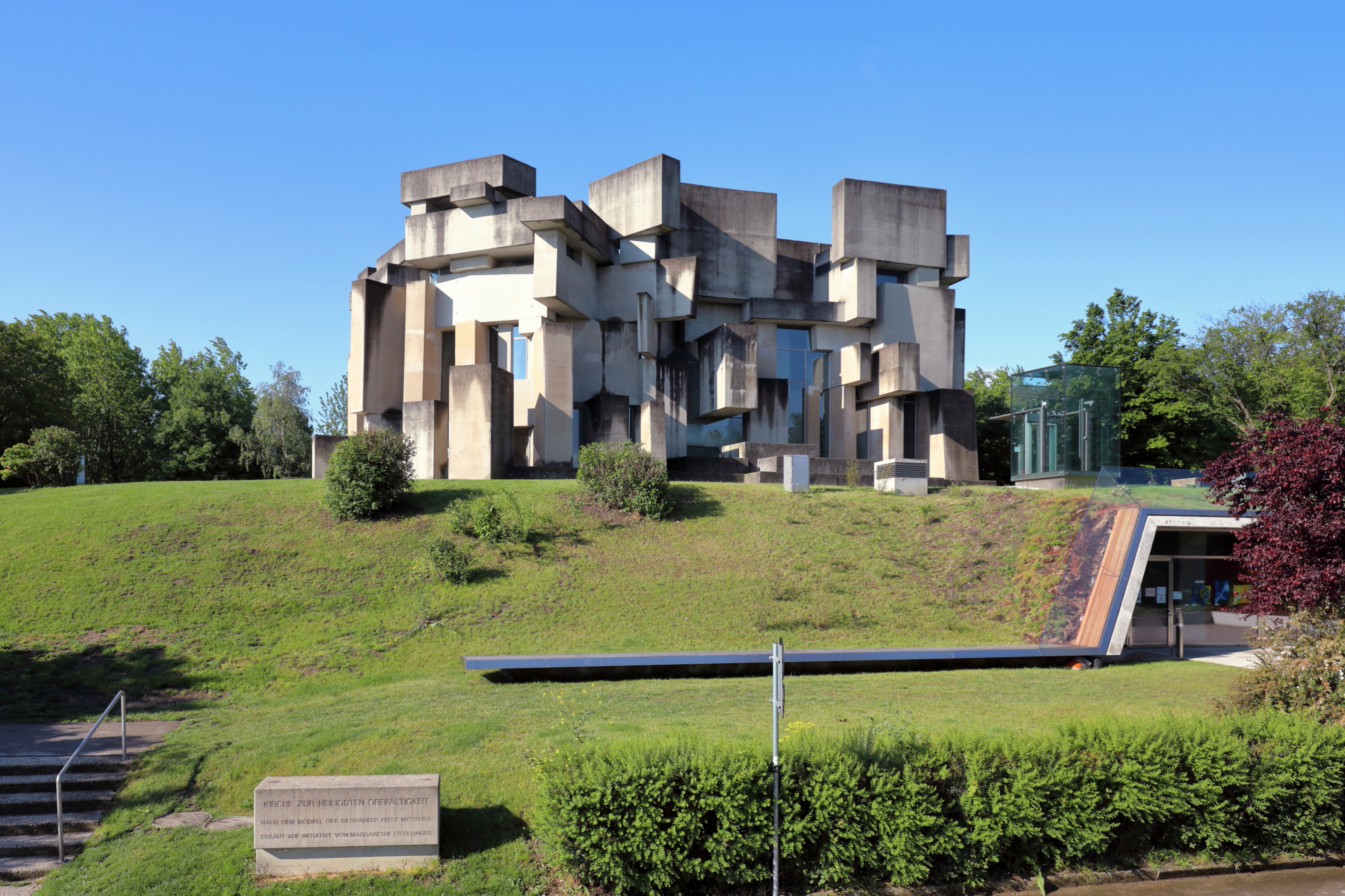 The Wotruba Church, or Church of the Most Holy Trinity, is a Roman Catholic Church constructed from using concrete blocks in Vienna. It was based on the design of the sculptor Fritz Wotruba and the plans of the Architect Fritz Gerhard Mayr between August 1974 and October 1976. It is a Rectorate Church of the Parish Church Mauer.

The Wotruba Church lies at 328 m above sea level at the Georgenberg in the Mauer district (corner Rysergasse/Georgsgasse) in the 23rd Viennese district of Liesing on the site of the former air intelligence barracks. The Sterngarten, a concrete platform serving as an open-air planetarium, is located near the church.

The building was created on the initiative of Margarethe Ottilinger and based on an idea by Fritz Wotruba. Wotruba wanted to win over the "sculptor pastor" Josef Elter in Traunstein, who is known for his work in granite, but this project failed due to the client's disapproval.

The sculptor Wotruba wanted in his own words to: 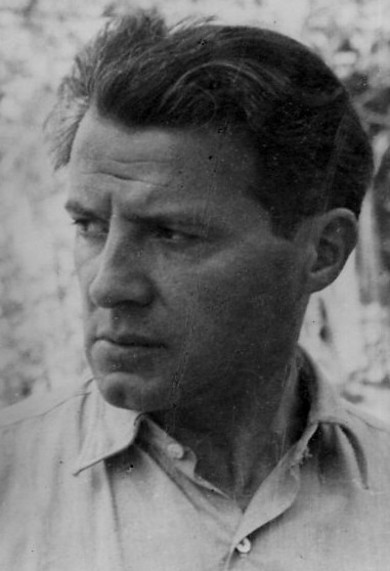 „Design something that shows that poverty does not have to be ugly, that renunciation can be in an environment that, despite the greatest simplicity, is beautiful and also makes you happy.“

Ottilinger's motive was to shake people up in Europe in which belief in God was waning and to show that „forces are still at work that can withstand the spirit of unbelief“.

Even before its completion, the hotly debated church became a destination for the curious and art lovers. In 2018/2019, an extension with barrier-free access to the upper and lower church was added. 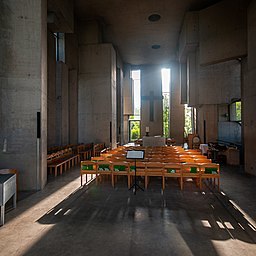 The light falls through simple panes of glass that are inserted into the irregular spaces, resulting in intersecting bundles of light.

On the altar wall, there is a cast of the Cross created by Wotruba for the court church in Bruchsal. 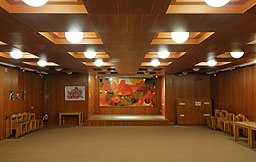 In the basement there is an almost 350 m² community hall.

For further information e. g. the times of worship: https://www.georgenberg.at/ 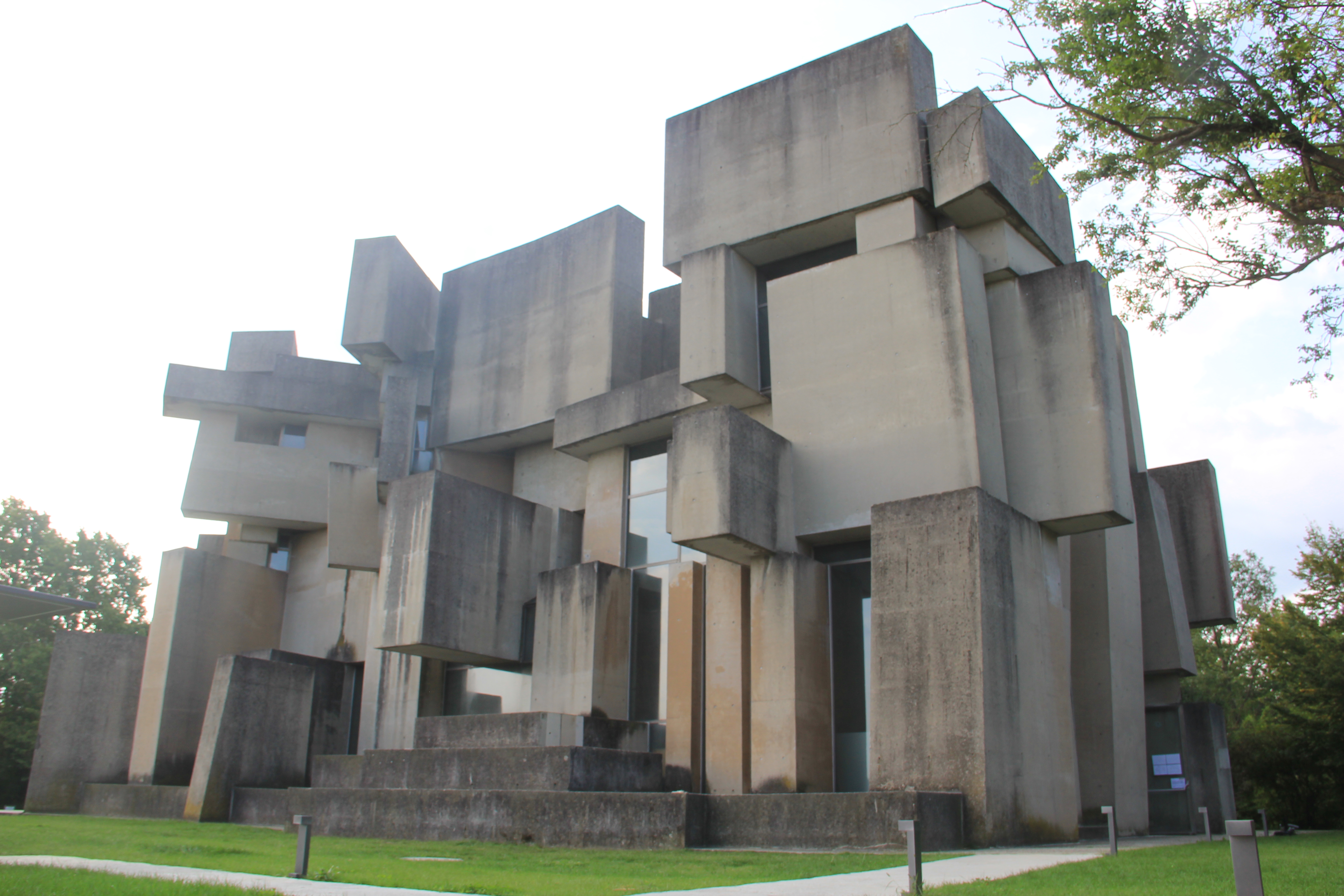 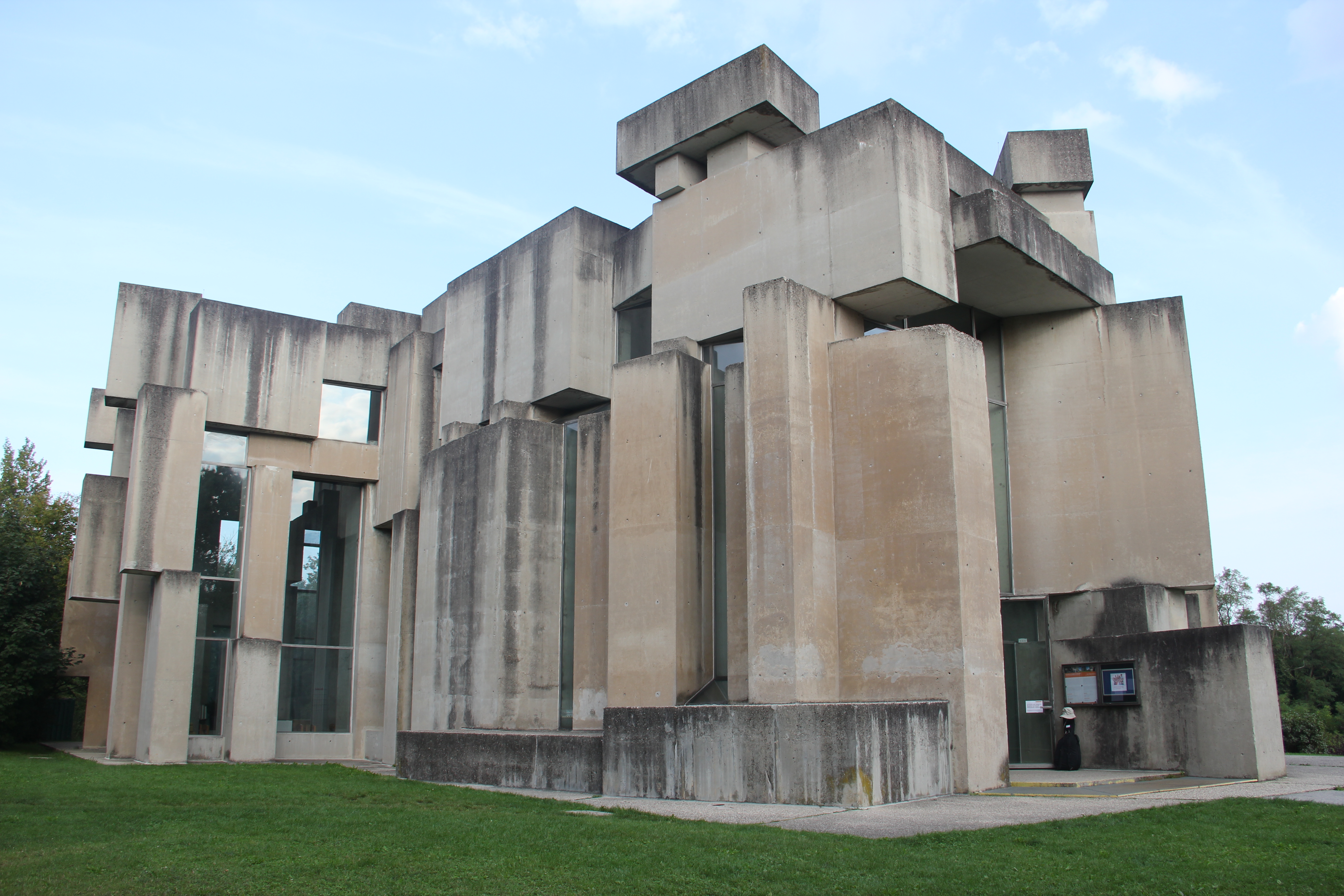