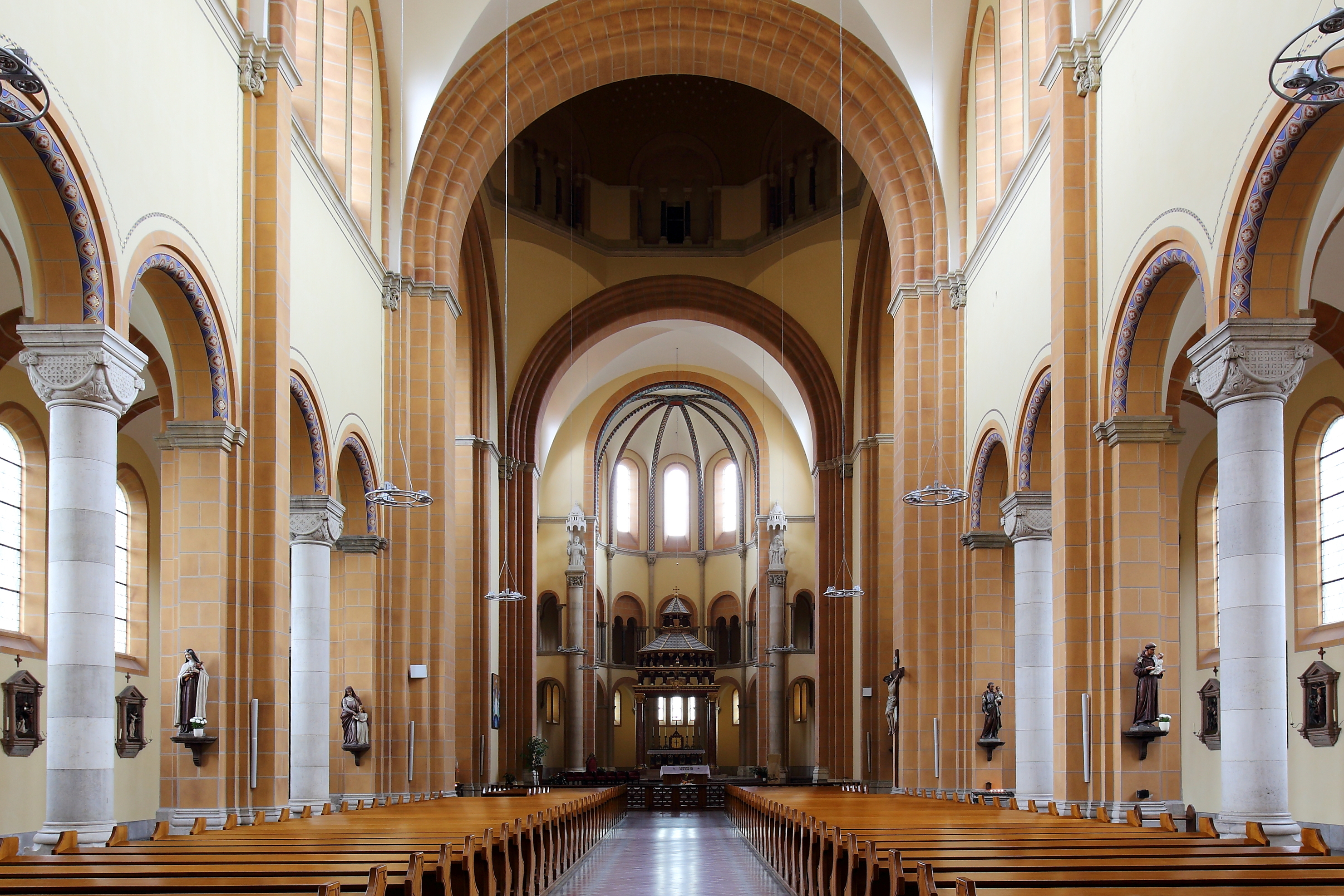 The Parish Church of St. Francis of Assisi, also known as the Emperor's Jubilee Church or colloquially the Mexico Church, is a Roman Catholic Parish Church in Vienna's Second District, Leopoldstadt at the Mexico Square. 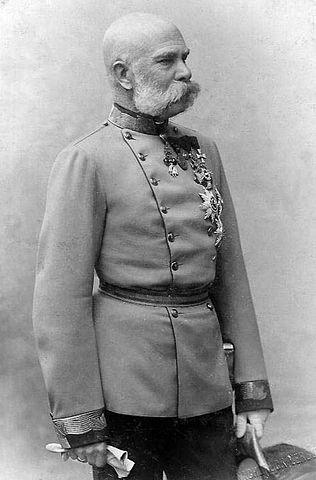 As a result of the first Vienna Danube regulation from 1870 to 1875, newly reclaimed land had been settled quickly, but there was no church or parish of its own; the area belonged for the time being to the Parish Praterstraße. On 19th March 1898, a committee was founded for the construction of a large and representative church on the Danube. The construction of the church was to be financed by donations and dedicated to the 50th anniversary of the reign of Emperor Franz Joseph I of Austria. 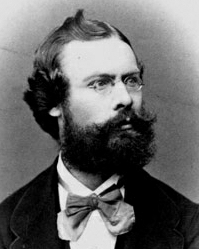 The foundation stone was laid on 10th June 1900 by Prince Arch Bishop Cardinal Anton Josef Gruscha, in the presence of the Emperor and by more than 100,000 people. After the death of the architect Victor Luntz in 1903, the later cathedral master builder August Kirstein continued the construction. Financial problems delayed the construction progress. The keystone was laid on 10th June 1910. The provisionally completed Jubilee Church was consecrated on 2nd November 1913 by Prince-bishop Friedrich Gustav Piffl, in the presence of Emperor Franz Joseph I., the heir of the throne Archduke Franz Ferdinand, the Mayor of Vienna, Richard Weiskirchner and the president of the Church Building Committee, Prince Carlos Clary and Aldringen (1844–1920). During World War I, the work on the church was interrupted, but resumed after the end of the war. The appearance of the Emperor's Jubilee Church has remained almost unchanged to this day. The wooden roofs of the three main entrances were only intended as a temporary measure for the inauguration ceremony, but have remained in place to this day.

In 1928 the establishment of the "Parish Donaustadt" was approved retrospectively from 1st July 1921; the church received the status of a parish church. It was named Parish Donaustadt because the area, largely bordered by the Danube, the North railway and the new Albrecht- and Wilhelm barracks, designated as the new Danube City (not to be equated with the today's 22nd Viennese district Donaustadt on the other side of the Danube).

At the time of the construction, the square was called Erzherzog-Karl-Platz. In 1956, the square has been renamed to the Mexico Square. Today the church is surrounded by the Mexico Park, a part of the Mexico Square. A memorial stone in front of the church bears the explanatory inscription: Mexico was in March 1938 the only country, who lodged an official protest in front of the League of Nations against the Anschluss of Austria to the National Socialist German Empire. To commemorate this act, the city of Vienna names this square "Mexico Square". 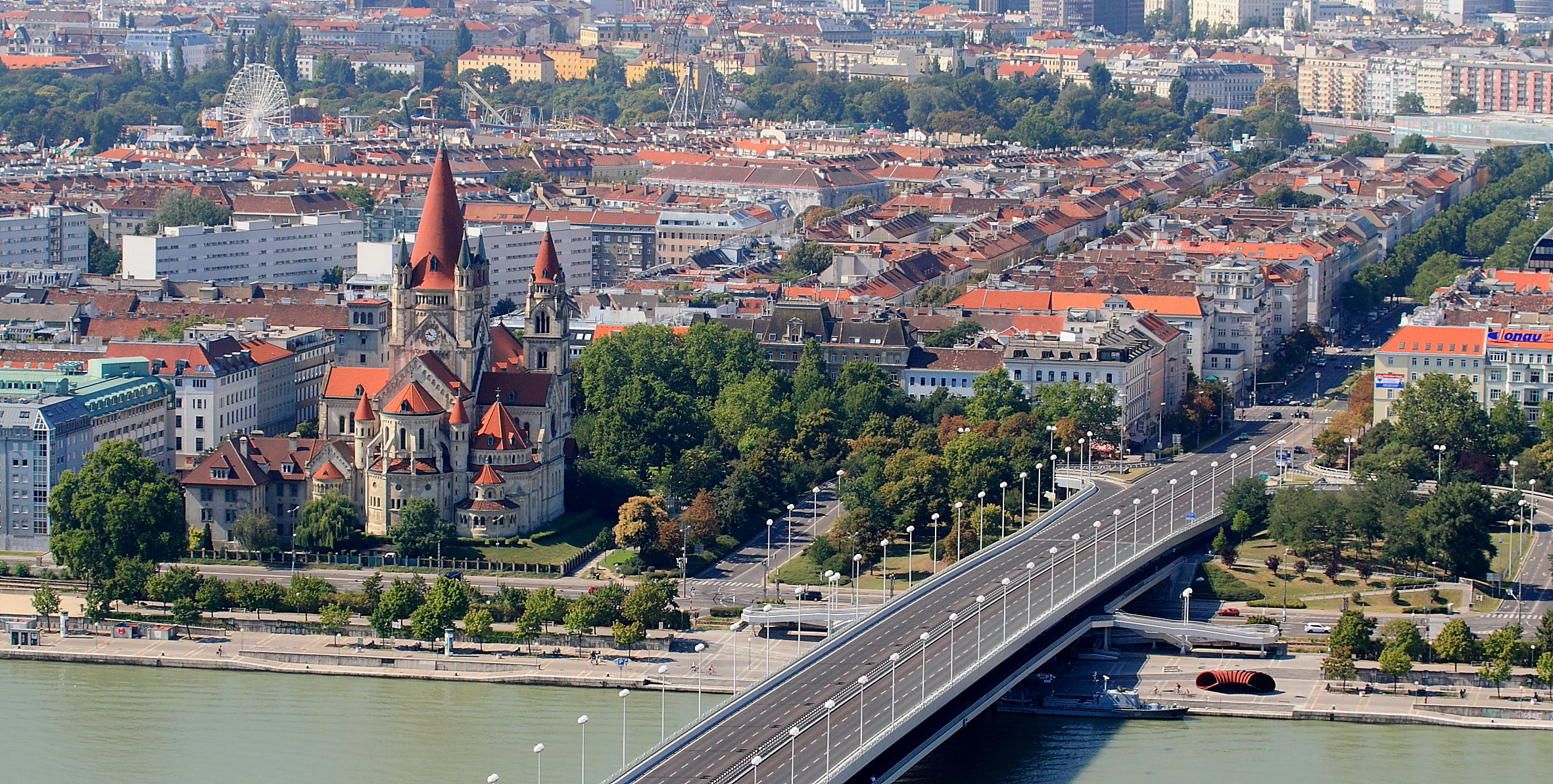 The church is easy to reach via subway line U1 from the Station Vorgartenstraße; to approach it from crossing over the bridge, choose the Station Donauinsel.

A competition was held to select the design and was won by architect Victor Luntz (1840-1903); the draft was orientated in terms of the design of the building and its position on the river, the design was based on the Groß St. Martin Church in Cologne, in a Rhenish-Romanesque style. The four-bay, basilica-like brick building was intended as a garrison church; its three red-tiled towers are visible several kilometres away. In the towers the church reaches a total height of 73m, the length is 76m. 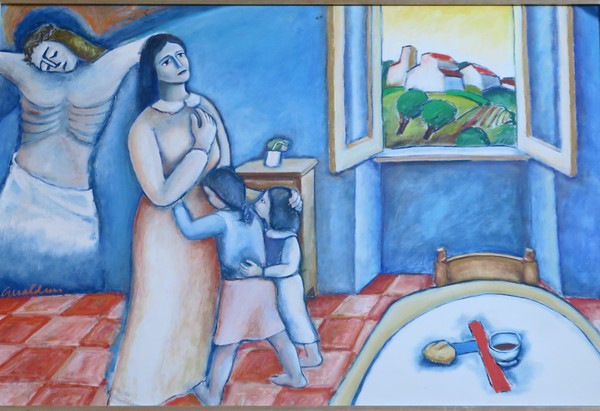 On the inside of the west wall (more precisely the south-west wall, because the church is not exactly east) of the side aisles are two pictures by the Italian painter Ettore Gualdini (1931–2010) from Frosinone. The two works (oil on canvas, 160 × 230 cm each) were commissioned by the Trinitarian Order. The one in the right has the Annunciation as its theme, the one in the left aisle depicts the Blessed Elisabeth Canori Mora with reference to the Elisabeth Chapel (see below). In Gualdini's catalog raisonné it is described as: 'Beata Isabel Canori Mora (1774–1825), moglie e madre di famiglia, terziaria trinitaria, martire dell'amore fedele nella vita matrimoniale, esponente massima della vita mistica' (blessed Isabel Canori Mora, 1774–1825, wife and mother, tertiary of the Trinitarian Order, martyr of true love in married life, greatest role model of a mystic life). 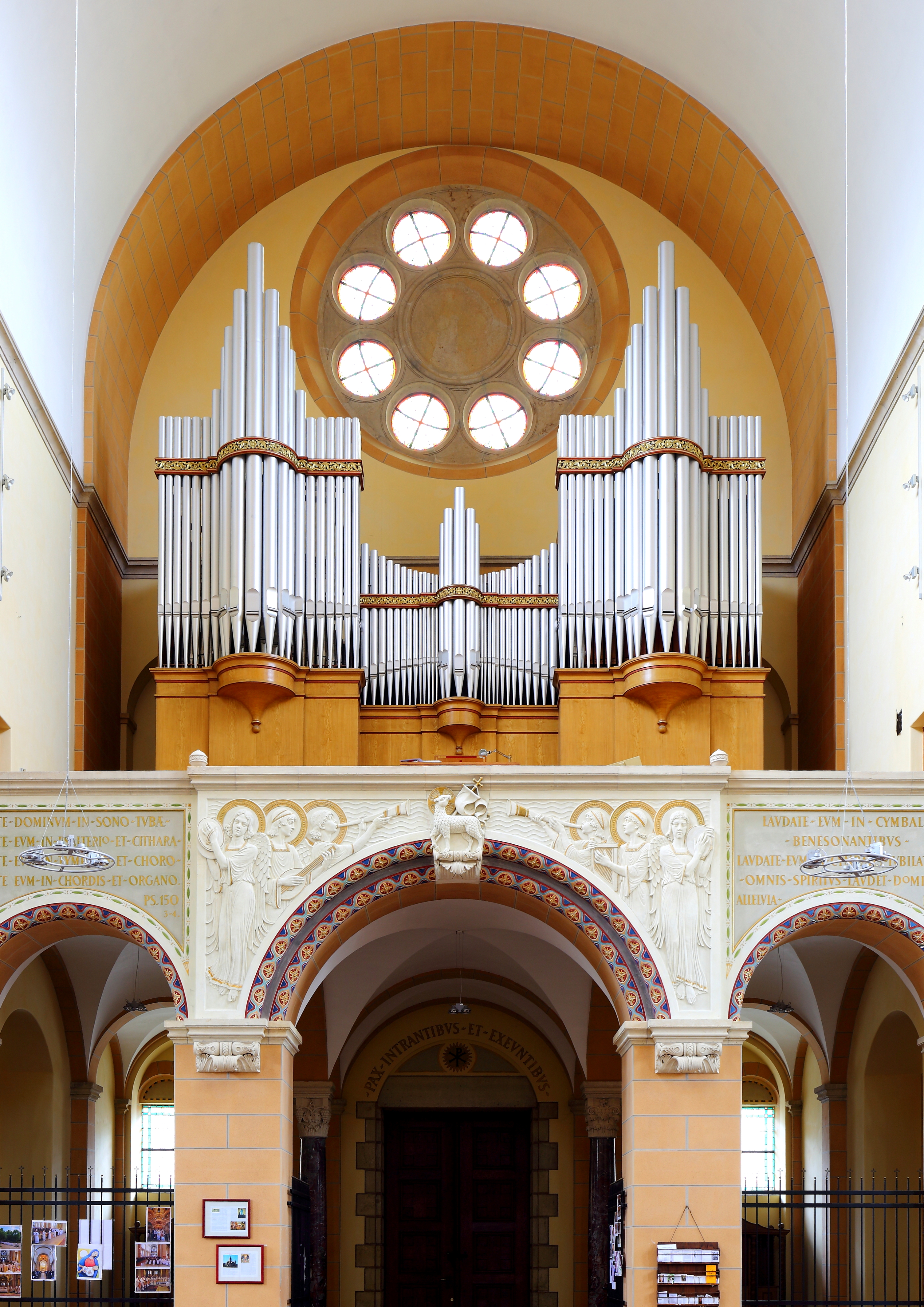 The organ was made by the Rieger brothers' organ building company in 1939/40. The pocketshop instrument has 56 organ stops and one organ consule with three manuals and pedals. The playing and stop action is electro-pneumatic. On 7th July 1940 the organ was consecrated by Cardinal Arch Bishop Theodor Innitzer.

The Empress Elisabeth Memorial Chapel, in its style of the architectural Romanesque Revival, with its decoration (the Secessionist altar, the mosaics, the entrance grille) one of the most significant Art Nouveau-monuments of Vienna, was added to the left transept of the church next to the choir. It is 13.5 metres high and around 10 metres in diameter. The chapel octagon is modeled on the Palatine Chapel in Aachen Cathedral.

In 1898, in the year of the start of the construction of the church, the Italian anarchist Luigi Lucheni assassinated the wife of Emperor Franz Joseph I of Austria, Empress Elisabeth of Austria (commonly referred to as Sisi), in Geneva. In order to commemorate her, the plan arose to add a richly decorated chapel to the transept of the church. The construction was financed from separate donations for the Red Cross, of which Elisabeth was the first protector. The initiative for the construction came from her successor in this function, Archduchess Maria Theresa. 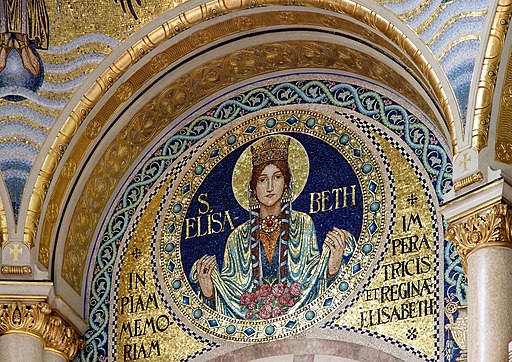 The unexpectedly high donation of 348,348 crowns made it possible to decorate the chapel with mosaics instead of frescoes and to make the well paneling in marble instead of stucco. The mosaic designs are from Secession Artist Carl Ederer. On the vault of the chancel there is a large mosaic of Saint Elizabeth of Hungary. The chapel was completed in 1907 and solemnly consecrated on 10th June 1908. On the occasion of the consecration of the church on 2nd November 1913, Emperor Franz Joseph I. visited the memorial chapel for the first time, where Theodor Charlemont (1859–1938), creator of the relief of the Empress Elisabeth, and Franz Seifert (1866–1951), sculptor of the Sacred Heart of Jesus, were presented to him.

The church has been cared for by the Trinitarian Order since 1917. Since then it has also been a parish church and is now a listed building. Since the 1980's, it has been led by Father Mario Maggi and since the 2010's, it has been headed by Father mgr Tomasz Domysiewicz OSST. The English speaking Catholic Community (VESCC) is based here, who have held weekly masses at the church since moving there in 2009. For further information: Parish Donaustadt