The St. Stephen's Cathedral (originally Cathedral Church St. Stephen to Vienna) is the seat of the Archbishop of Vienna. It's considered a landmark of Vienna and is often referred to as the Austrian national shrine.

It's named after St. Stephen, who is considered the first Christian martyr. 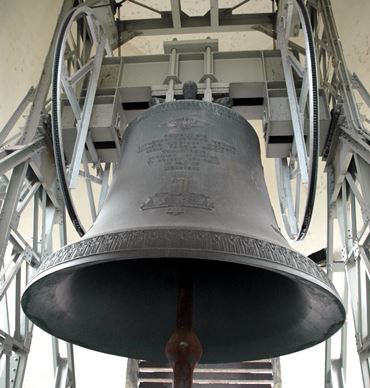 The Cathedral is one of the most important Gothic buildings in Austria. Parts of the late Romanesque predecessor building from around 1230/40 to 1263 are still preserved and form the west facade, flanked by the two pagan towers, which are around 65 metres high. The structure itself is 107 metres long und 34 metres wide.

St. Stephen's Cathedral has a total of four towers: the highest is the south tower with 136,4 metres. The north tower was not completed and is only 68 metres high. In the former Austria-Hungary dynasty, no church was allowed to be built higher than the south tower of St. Stephen's Cathedral. For example, the Cathedral of the Conception of Mary in Linz was built two metres lower.

The south tower is an architectural masterpiece of that time; despite its remarkable height, the foundation is less than four metres deep. In the south tower there are a total of 13 bells, eleven of which form the main bell of the St. Stephen's Cathedral.

The Pummerin, the second largest free-swinging church bell in Europe, is located in the north tower under a tower dome from the Renaissance period.

More information and services can be found at: https://www.stephanskirche.at