St. Leopold's Day is celebrated since his sanctification in 1485 every year on 15th November (following to his date of death 15th November 1136). 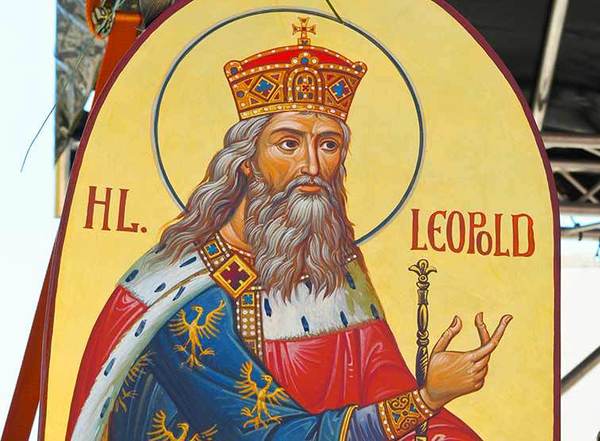 Leopold III, the governing lord 'Margrave' of Austria, lived from 1073 to 1136 A. D. and came from the noble family of the Babenbergs. Since 1663, St. Leopold is the National Patron of Austria and specially also the Patron Saint of Vienna, Lower Austria and (together with St. Florian) of Upper Austria.

The pious and the mild one

In addition to the nickname 'the Saint', he also had the names 'the pious' and 'the mild one'. These names he earned himself through his generous gifts and activities in Vienna and Lower Austria. In addition to developing the country, he was above all an avid founder of monasteries.

First and foremost is the Klosterneuburg Abbey, which was founded under his pastronage in 1108 (the so-called veil legend reports on it). With his support, Klosterneuburg grew into a residence within a few years.

St. Leopold's Day is celebrated since his sanctification in 1485 every year on 15th November (following to his date of death 15th November 1136). The centre of the festivities is Klosterneuburg. There were initially large banquets with dances and tournaments, which are re-enacted and celebrated still today according to old customs. In addition, the old festival has now turned into a fair, where visitors slide down the famous thousand-pail barrel as the highlight in Klosterneuburg Abbey.

15th November (St. Leopold, or: St. Leopold's Day) is a public holiday in terms of state law and therefore not generally free of work. In the provinces Vienna and Lower Austria, schools, authorities and agencies are closed on that day.