'Do not lose the presence of God in any encounter with people', this citation displays the social engagement of Hildegard. 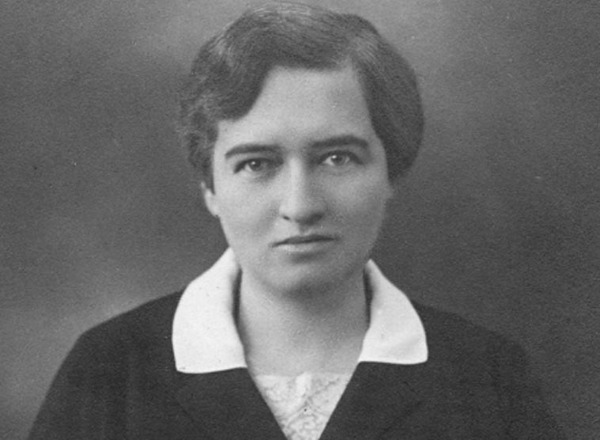 Hildegard Burjan, the founder of the Caritas Socialis Sister Community and first Christian Social Representative was born on 30th January 1883 in Görlitz on the Neisse, as the second daughter of the liberal-Jewish, Freund family.

She studied as one of the few women to attend university at that time. In the year 1903, Hildegard started her study of philosophy in Zurich. Five years later, she married at the age of twenty-four years, Alexander Burjan.

She suffered quite early on from a severe kidney disease and it seemed that any hope was lost. Contrary to expectations, Hildegard recovered; what she perceived herself as if by miracle. With this second chance at life, she converted to the Catholic faith.

In her childhood, the topic of faith was immaterial to Hildegard Burjan. Her first leanings toward Catholicism came through her study of Philosophy. As the young woman won the fight against the her life-threatening disease, she became a Catholic. 'Do not lose the presence of God in any encounter with people', this citation displays the social engagement of Hildegard.

Her campaign for women's rights

At that time, she moved as a philosopher to Vienna. A short time later, her only daughter was born. After the birth of the child, she started her social activism for female homeworkers. Two years later, ensued the formation of the Association of  Christian Female Workers, which campaigned for fair compensation, safeguarding of postpartum women and their legal protection. During World War I, Hildegard initiated numerous aid projects.

In 1918, Hildegard Burjan, the now politically-active Catholic, entered the local government of Vienna as the Chair-leader of the Christian Social Party.

Just one year later, Hildegard would become the first Christian Social Representative in the parliament of the 1st Austrian Republic.

This was also the hour of birth of the Sister Community Caritas Socialis (CS). In the next years, Hildegard was focused on the realisation of social projects for marginalised groups and retreated therefore from political life.

'We want something new, not something that already exists, but adapted to the time constraints; not an enclosure or being restricted by monastic forms, but flexible and always ready for any need that arises (Hildegard Burjan).'

On 11th July 1933, Hildegard Burjan died to the late effects of her severe illness at an early age. Through her deep faith, Hildegard passed away with surety and fortitude.

Thirty years after her death, the procedure of beatification was initiated. The lifestyle of Hildegard Burjan isn't just salutary for her founding of the Sister Community, Caritas Socialis, she is also exemplary for having brought encouragement to the Church faithful and broader society. The successful procedure of Hildegard Burjan's beatification endured 50 years, there were numerous assessments recorded to miraculous healing through her intervention.